My name is Ioanna Sovolou, i have completed my studies as a Kinesiotherapy Specialist.I have been in the field bof wellness since 2016 specialising in pin pregnancy massage, reflexology, therapeutic massage, shiatsu, cellulite and deep pressure massage.

If you are looking for a luxurious professional massage experience in Milos, MILEA MASSAGE will provide that at the place of your choice.Weather it’s your home, hotel or boat.

I use exclusively Greek Organic Products, such as olive oil, in order to protect the customer from any allergies. My services will help you balance your energy and experience the refreshing feeling of complete relief and relaxation. 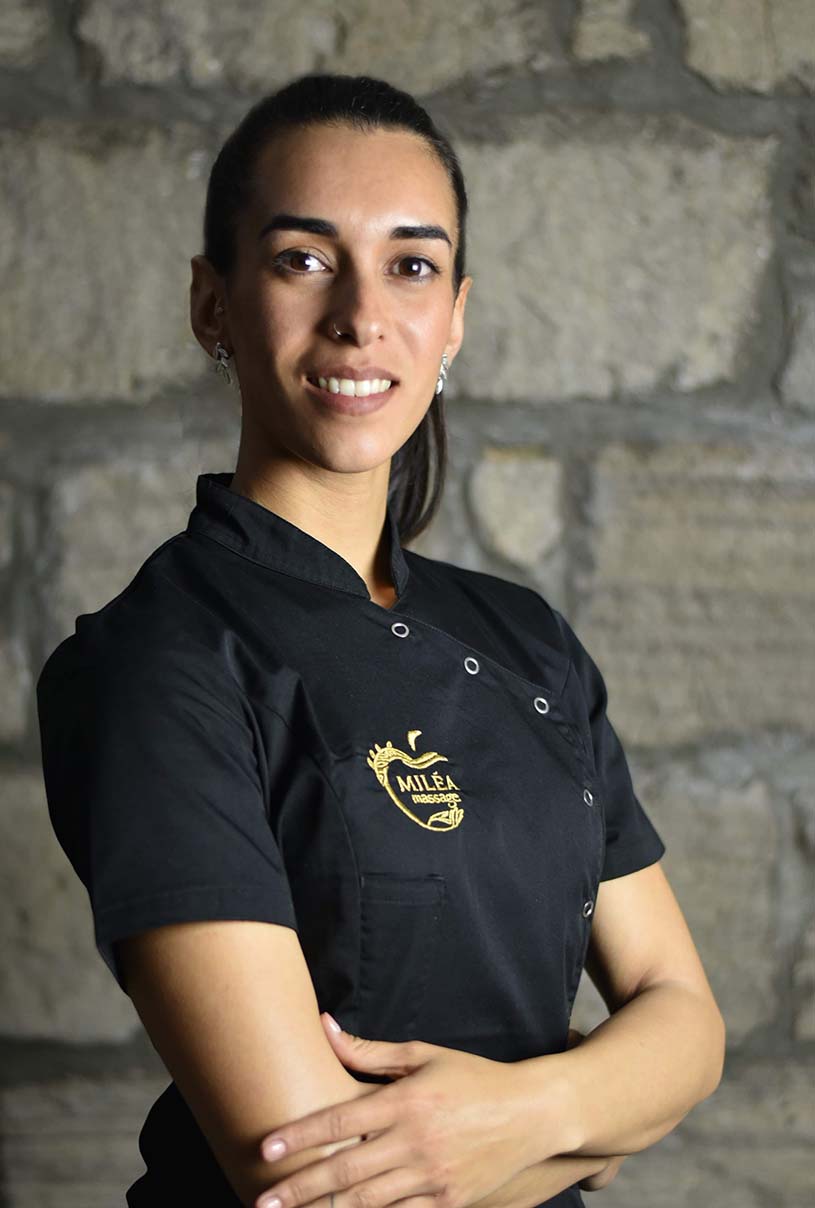 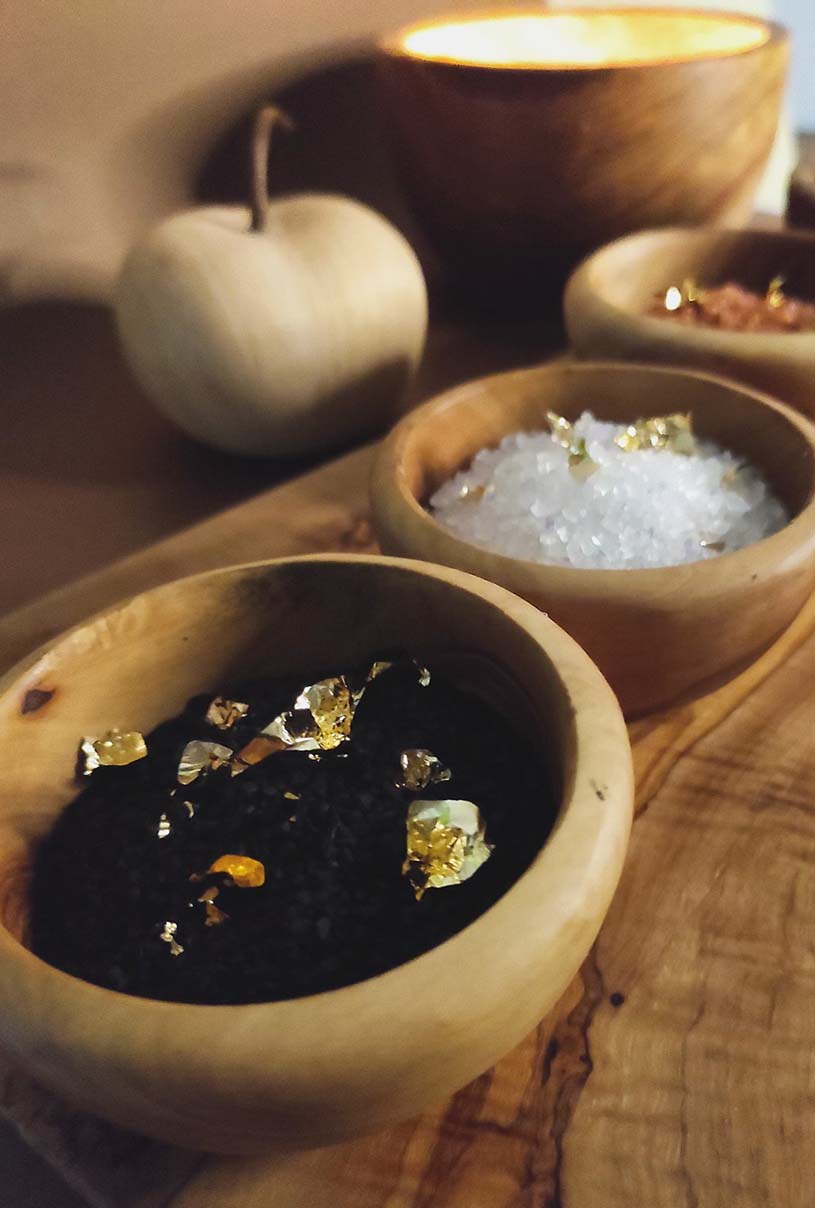 Discover the Milea Gift Card that will give renewal to your friends or loved ones.

A special gift for a wellness journey that will heal the body and the mind.

You can choose between any treatment.

Discover the Milea Gift Card that will give renewal to your friends or loved ones.

A special gift for a wellness journey that will heal the body and the mind.

You can choose between any treatment.

The story of “Milea”

The fruit of “Milea“has always been associated with the worship of the goddess “Aphrodite“,the female deity of love. It is known that the apple is considered the divine fruit-symbol of love,erotic attraction, fertility,but also a symbol of the impossible.
The apple was always a symbol of the goddess”Aphrodite“. The myth begins with the love of a young man,with the name of “Milos”and “Pelia”. Milos went to Cyprus and there he met the king of the island”Adonis”. They became strong friends,and he offered him a relative – “Pelia” – for a wife. Pelia was very loyal to the goddess “Aphrodite” and strongly engaged in her worship. This two young people were insanly in love,and soon “Pelia”got pregnant. Their son was a handsome boy,who was placed in the sanctuary of the goddess”Aphrodite“,while the child was named after his father “Milos”. Adonis, however, died quite early and “Milos”, after suffering from depression,ended his life in a tree,which took his name “Milea“(apple or apple tree). Pelia, in despair,hung from the same tree.The actions of the couple moved much the goddess”Aphrodite” and she decided to preserve their memory, transforming “Pelia”to a dove,her sacred bird and “Milos”, to the apple fruit,her symbol. Their child was always under the protection of the deity.Later on when he colonized an island and took his name as “Milos island”

Page load link
We use cookies on our website to give you the most relevant experience by remembering your preferences and repeat visits. By clicking “Accept”, you consent to the use of ALL the cookies.
AcceptCookie SettingsReject
Manage consent

This website uses cookies to improve your experience while you navigate through the website. Out of these, the cookies that are categorized as necessary are stored on your browser as they are essential for the working of basic functionalities of the website. We also use third-party cookies that help us analyze and understand how you use this website. These cookies will be stored in your browser only with your consent. You also have the option to opt-out of these cookies. But opting out of some of these cookies may affect your browsing experience.
Necessary
Necessary cookies are absolutely essential for the website to function properly. These cookies ensure basic functionalities and security features of the website, anonymously.
Analytics
Analytical cookies are used to understand how visitors interact with the website. These cookies help provide information on metrics the number of visitors, bounce rate, traffic source, etc.
Functional
Functional cookies help to perform certain functionalities like sharing the content of the website on social media platforms, collect feedbacks, and other third-party features.
Others
Other uncategorized cookies are those that are being analyzed and have not been classified into a category as yet.
Performance
Performance cookies are used to understand and analyze the key performance indexes of the website which helps in delivering a better user experience for the visitors.
Advertisement
Advertisement cookies are used to provide visitors with relevant ads and marketing campaigns. These cookies track visitors across websites and collect information to provide customized ads.
SAVE & ACCEPT